I Am Looking Forward to the Rule of the Millennial 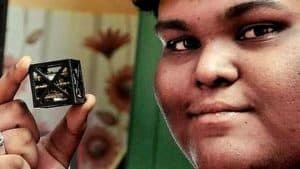 I Look Forward to the Millennials Taking Charge

Recently, I participated in a business symposium and the subject of “how to work with millennials” came up. It always comes up. Get three business people in a room and ask them to identify a workplace issue and millennials come up. Always. What is shocking to me is that references to millennials are seldom positive. That is outside of my understanding.

Surely all older generations see far younger generations, seniors seldom are critical of the generation that succeeds them, as having abandoned all the values that are important. They see an erosion of moral values, the abandonment of the traditional work ethic, and the adoption of a sense of entitlement. Okay, granted, there is some of that stuff in every generation. It’s called change and generation by generation the process of ‘decline’ is rather gradual so that looking back 2 or more generations that shift seems more intense than it is.

First, we have to keep in mind that when we look to the youngest emerging generation they have yet to experience enough crisis and responsibility to precipitate maturity.  The millennials are still at play. They are going to school, mostly living at home, and taking their first though not career jobs. Yet we want them to be responsible workers dedicated to our businesses with utter [udder?] devotion to our economics. One topic of the symposium was how to foster a deeper loyalty to the company. Really?

Here’s a confession. When I was their age, I was devoted to my company and had visions of rising to the top. I was dedicated and very hard working. The company? Sears. Don’t laugh. In 1973 Sears was the largest retailer in the world with K-Mart a far distant second. Sears sales were around $15 billion. I blush today at the mention of the company. I don’t even shop there. It looks like very soon there won’t be a ‘there’ for even the loyalists to shop.

Millennials know that everything, except for maybe death and Apple are eternal. They don’t take taxes seriously. Taxes are what you get back from last year’s deductions from your paycheck.

I have always had good feelings about millennials. To be honest, a phrase my millennial friends use a lot, I feel better about the youngest generation than the X, Y, and Zs preceding them. The end of the alphabet generations seems, excuse the broad generalization, to be more willing to accept things the way they are. They have joined the team that most appeals to them. They are Democrats and Republicans. They are liberals and conservatives. They are meat lovers and vegans. They drive SUVs and Priuses. They have so blended in with the existing culture that they don’t count as much of a demographic except for being a numeric statistic. They didn’t swing the election. They don’t set trends. They aren’t the lead protesters of inequality. Look at a protest march. They are there, surely, mixed with boomers who recall the 60s fervor with which we ended the fiasco in Vietnam. (Yes, we boomers were responsible for firing up the country)

The X, Y, and Zs start companies and, rather than being agents of change, they are after your change. Theranos? Facebook? Uber? I could keep naming powerful innovative companies that have made a lot of money and have been embroiled in shameful scandals. Google is practically the data branch of the government. No, the last of the alphabet soup did not bring us anything revolutionary. In fact, after Obama, who I thought would begin a world-changing renaissance and didn’t, the country was ready to hand the reins back to the boomers. Their election leadership came from the oldest guy in the race: Bernie Sanders. He tried to get Y and Z fired up. The millennials, not yet ready to govern, backed Sanders solidly. We got Trumped. In refusing to vote Trump and refusing to accept the Clinton compromise, they probably determined the election’s outcome. Don’t blame them. They will determine the outcome of the next election if we older generations put a decent candidate on the ballot.

Politics aside, I’m sick of it and will be glad when Trump resigns and Hillary finally goes away, I want to say that I am looking forward to the rule of the millennials. I hope we leave them enough to work with to solve the mess we have created.

I hear that they lack passion. Bullshit. They are a very passionate generation. They also assume certain values that they see no need to debate. Gay rights? Seems an odd discussion to a generation who readily accepts, rather than persecutes, gay friends. They assume rights apply to gay people. They let us do the marching and arguing for and against. They live these things. They support their gay friends. They accept transgender friends. Sure, I’m generalizing. Some people are polluted by values imposed by previous generations. But for the most part, the millennials get it.

The millennials are quietly talented. Since taking up the ukulele I have found hundreds of very talented millennials who are happy to make a video tutorial on how to play a particular song—just for me. Their music is wonderful. Their ability to use technology creatively makes me feel inept even though I am very fluid with many forms of technology from video editing to manipulating sound files to enhancing photographs. I have a strong science education and am well-read. I see these kids as amazingly talented.

The art coming from millennials promises to be game-changing too. Take a look at this: https://www.youtube.com/watch?v=uuGaqLT-gO4&sns=em  Pretty impressive. Try to find out about the artist. He chooses to remain anonymous.

See that picture at the top of this post? He’s 18 years old and he built the smallest satellite ever made using nanotechnology and a 3D printer. Can you explain what nanotechnology is? He can.

If you take a little time to poke around, you’ll see a generation quietly doing world-improving things from cleaning the plastic out of the oceans to teaching me how to play my ukulele. (Look up Elise Ecklund and see if you are not instantly charmed)

Yes indeed, I have great hope for the future. I hope I’m around long enough to see the millennials take control.

Don’t criticize them. Nurture them. Teach them. Encourage and support the millennials. Get to know them. You’ll like them. I promise.

Side note: I just wrote a post dedicated to my support of an entire generation. They will see this as somewhat silly and general. But they will tolerate my generalizations and some might provide corrective guidance. I welcome it.